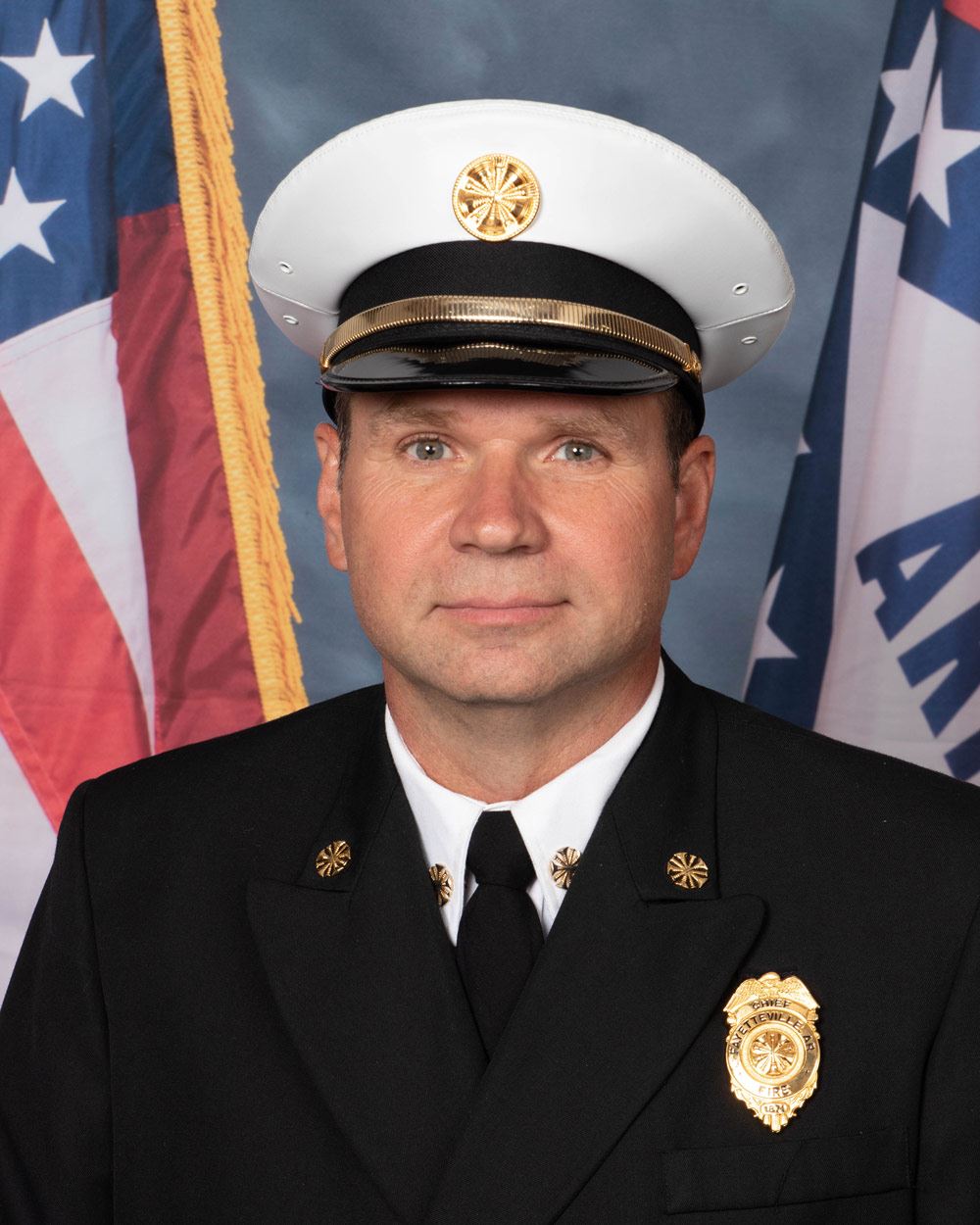 Chief Hardin began his career with the Fayetteville Fire Department in 2000, serving the community for almost two decades. He has held every rank in the fire department including firefighter, driver, captain, battalion chief and assistant chief. He has a comprehensive knowledge of the department’s internal logistics and the city of Fayetteville.

Chief Hardin’s unique passion for fire service is answering “why” and includes collecting and analyzing data. He is a published author with research focusing on how fire departments evaluate services provided to their customers.  His research has received national recognition from the Federal Emergency Management Agency (FEMA) and has been instrumental in developing a new standard of measure for the Fayetteville Fire Department. His talents helped create the fire department’s $15+ million voter-approved bond package necessary to keep pace with the City’s growth. Chief Hardin will oversee the execution of bond projects which includes building three new fire houses and adding two fire engines and a ladder truck.

Chief Hardin has a Bachelor of Arts Degree from the University of Arkansas and is a graduate of the Executive Fire Officer Program through the National Fire Academy. Hardin has served as a school board member, holding the positions of secretary, vice president and president. He is active in the regional, state and international fire chiefs’ associations. In June, Governor Asa Hutchinson appointed Hardin to serve a second term on the Arkansas Firefighter Benefit Review Panel.