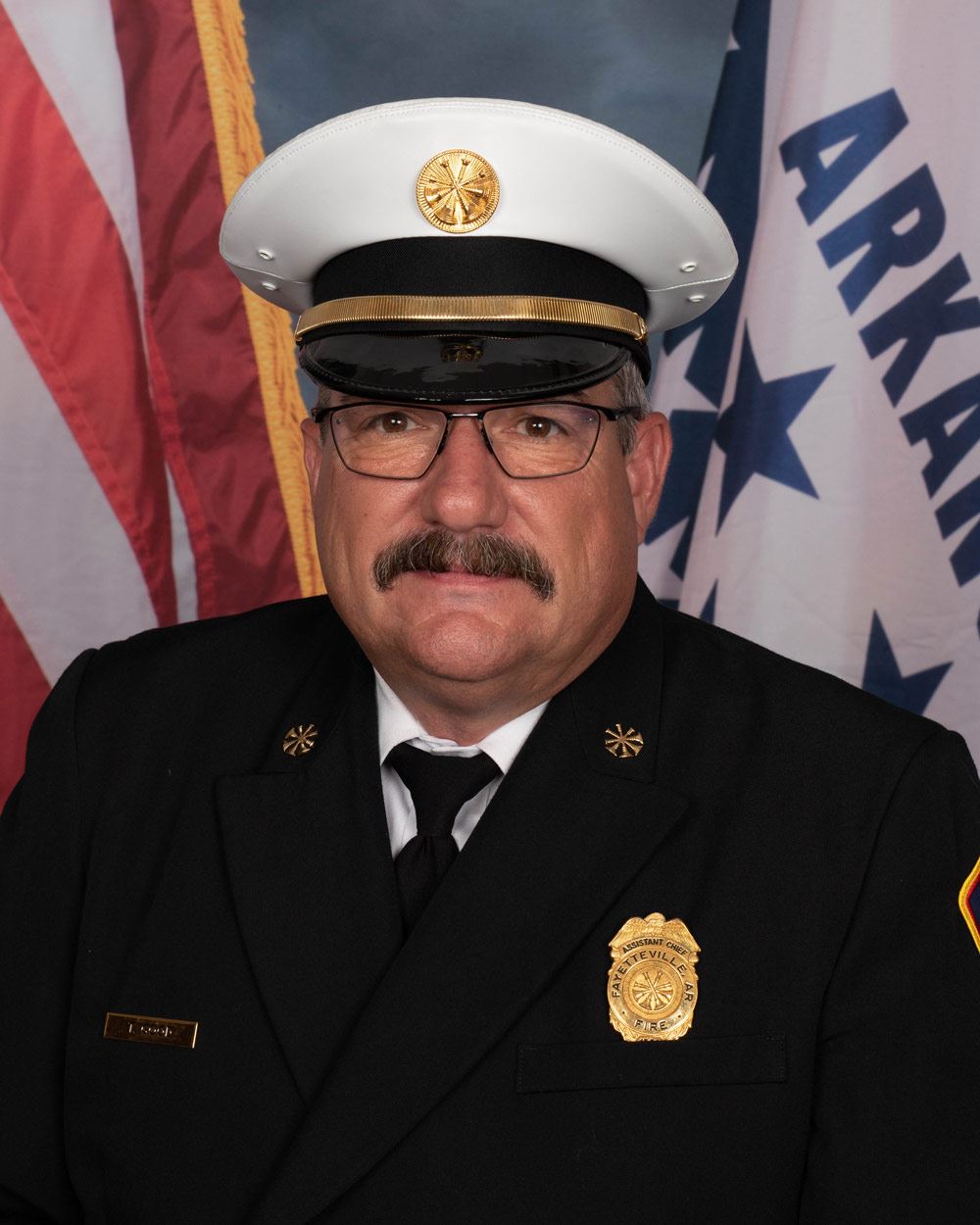 Thomas Good began his career in the fire service with the Hiwasse Volunteer Fire Department in Benton County in 1994 and served as the Fire Chief until 1999. From 1996 until 2003 he also held the position of an Adjunct Instructor for the Arkansas Fire Academy. He started with the Fayetteville Fire Department on May 18, 1998, as a firefighter at Station 1. He promoted to the rank of Captain in September of 2004 and was part of one of the first companies to work out of Station 7 on Rupple Road. In October of 2011, he promoted to the rank of Battalion Chief and acted as the Shift Commander for B-shift and has helped oversee the operation of the department’s Hazardous Material Response Team. Special commendations include a Distinguished Service Award in 2007, Fire Company of the Year in 2008 and 2009 and Firefighter of the Year in 2009.

Chief Good was promoted to Assistant Chief over Field Operations on July 6, 2015. In July 2020, Chief Good switched roles to handle the Support role with the Fire Department. This includes overseeing all the financial aspects, along with accreditation, of the Fire Department