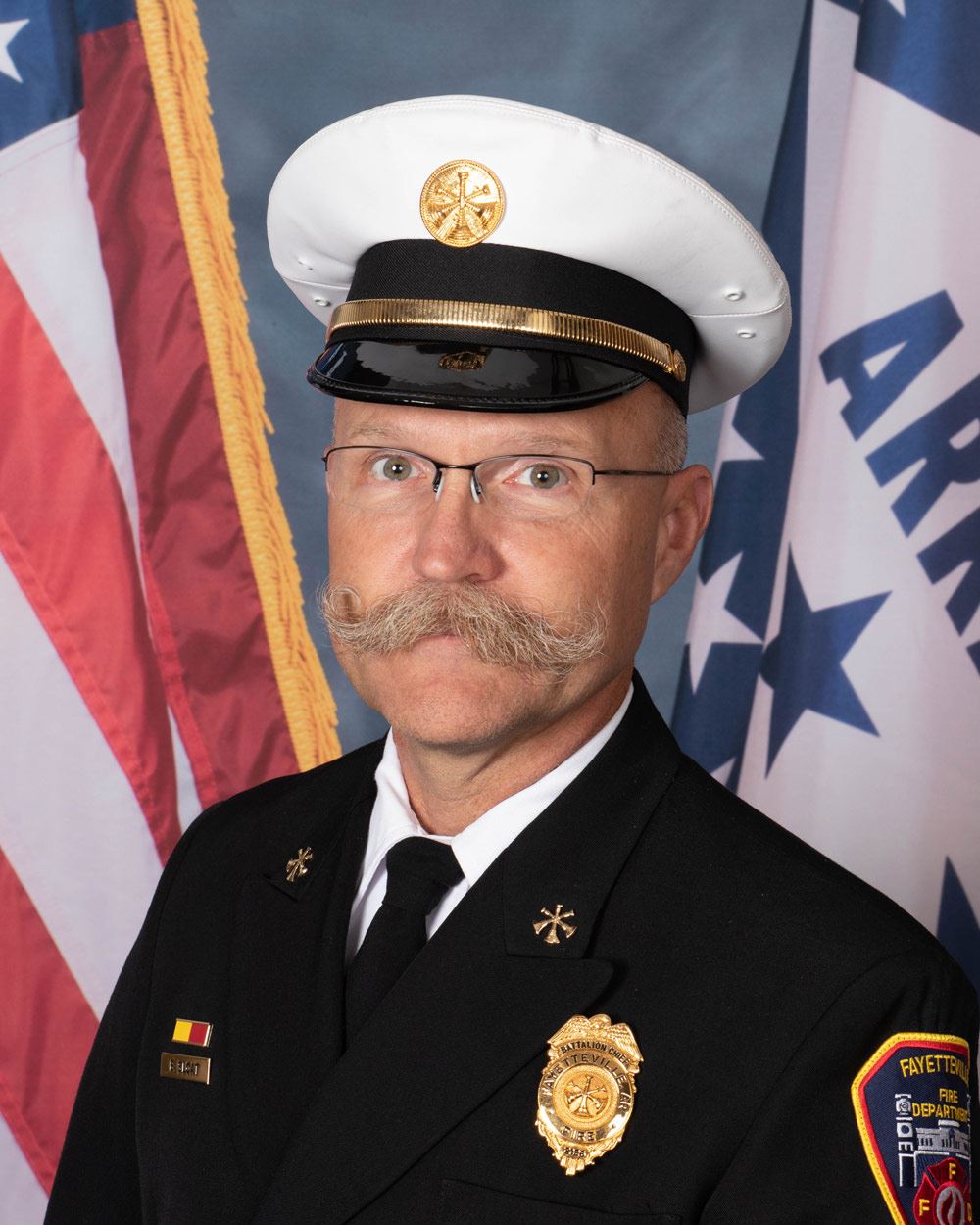 Chief Sloat began his career with the Fayetteville Fire Department in 2002. He was promoted to Driver in 2006. In June of 2011, Sloat was promoted to Captain where he served as a Company Officer. In September of 2012, Chief Sloat applied for and was selected as an Assistant Fire Marshal. His work as an Assistant Fire Marshal included: building, alarm, and sprinkler plan reviews; code inspections and enforcement; public education; fire origin and cause investigations. He was promoted to Deputy Fire Marshal - Battalion Chief, and in 2018 moved into the role of Fire Marshal. In late 2019, He took the role of Health and Safety Officer for the department. Chief Sloat is also tasked with data analysis to assist in planning for the future of the Fayetteville Fire Department

Chief Sloat has maintained Fire Inspector I certificate from the International Code Council (ICC) since June 2014. Chief Sloat has completed the requirements of a certified law enforcement officer through the Arkansas Commission on Law Enforcement Standards and Training. In July 2017, Chief Sloat tested and obtained the National Association of Fire Investigators certificates for Certified Fire Investigator and Certified Vehicle Fire Investigator. He was selected to serve on the ICC Fire Services Membership Council as a representative from the International Association of Fire Chiefs.

Chief Sloat transferred to the Training Division on October 19, 2020 replacing Chief Mauro Campos upon his retirement