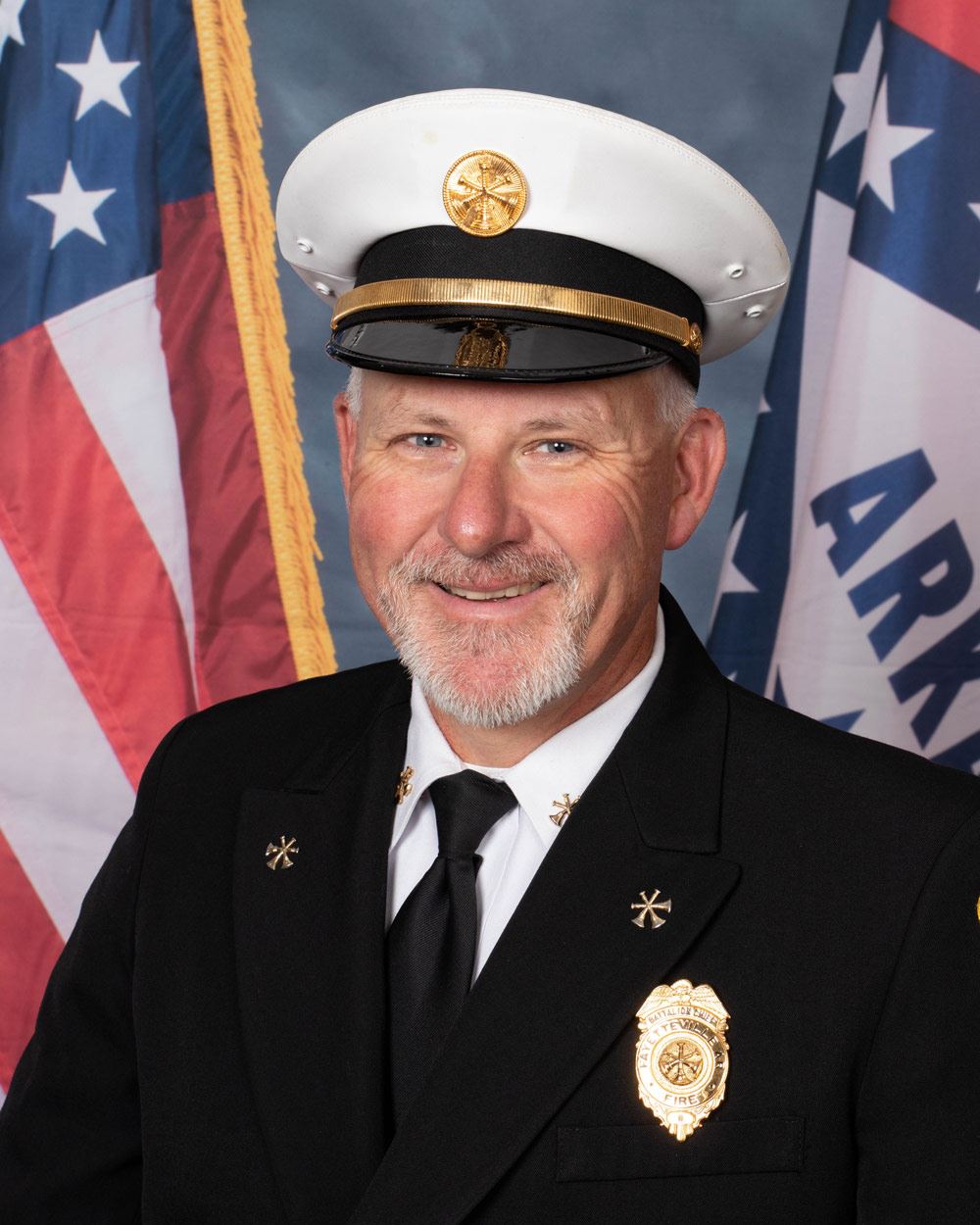 Chief Boudrey began his career with the department as a second-generation firefighter in 1993. He promoted to Captain in 1998 where he served as a Company Officer until promoting to the rank of Battalion Chief in 2006. Boudrey is currently serving as the Shift Commander for C-Shift. He is assigned with oversight and development of the department's wildland/urban interface Emergency Operations Guidelines.

Chief Boudrey has a Bachelor of Science Degree from the University of Arkansas in Human Resource Development and two Associate Degrees in Fire Science. He has attended a number of courses on campus at the National Fire Academy and is a graduate of the University of Maryland Fire Rescue Institute Staff and Command school. Chief Boudrey has authored articles published by fire service industry journals.