The Survey Section is responsible for a wide variety of tasks and services, such as topographic surveys for engineering design, determination of public right-of-way, as well as boundary and control surveys for the design and construction of the city's capital improvement projects. These projects include street widening and reconstruction, trail easement acquisition and construction of sidewalks, traffic signals, street lights, storm drains as well as sewer and water lines.

In the past, surveys were done and boundaries were marked with the surveyors being the first of the progression in the construction phase. More often than not, the survey markers were disturbed and or destroyed. The affidavit (PDF) is designed to alleviate the wasted efforts of setting survey markers which are only destroyed later. 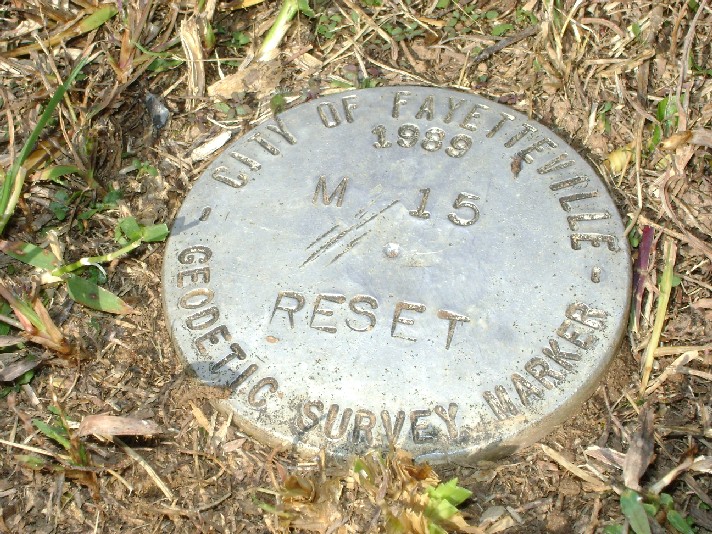 What if my coordinates do not match the City of Fayetteville published monuments coordinates?


How do I convert a metric meter to the English foot?

There is some confusion surrounding the correct value to use when converting the English "foot" measurement to the metric "meter" measurement and vice versa. This confusion stems from the fact that there are two, though slightly different, conversion factors that may be used in this process.

are correct factors that can be used for converting feet to meters.

How is it possible to have two values for the same conversion? To gain an understanding of how this is possible, and why it is allowed to continue, it is necessary to take a brief look at the history of the metric system within the United States.


The metric system was developed during the French Revolution in the late 1700's. It was first promoted in the United States by Thomas Jefferson and in 1866 the US Congress officially recognized the metric system as a legal system of units. In 1893, the Office of Weights and Measures (now the National Bureau of Standards), fixed the value of the U.S. "yard" in terms of the meter as follows:

this relation is equivalent to:

Unfortunately, other nations used a slightly different conversion factor. To solve this deviation, a refinement was made in the definition of the yard to bring the US yard and the yard used in other countries into agreement. In 1959 the national standards laboratories of the English-speaking nations agreed to standardize the relation between the yard and the meter as follows:

The new length of yard is shorter by exactly two parts in a million.

At the same time it was decided that any data in feet derived from and published as a result of geodetic surveys within the U.S. would remain with the old standards (1 foot = 12/39.37 meter) pending any further decisions. This foot measurement is called the U.S. Survey foot.