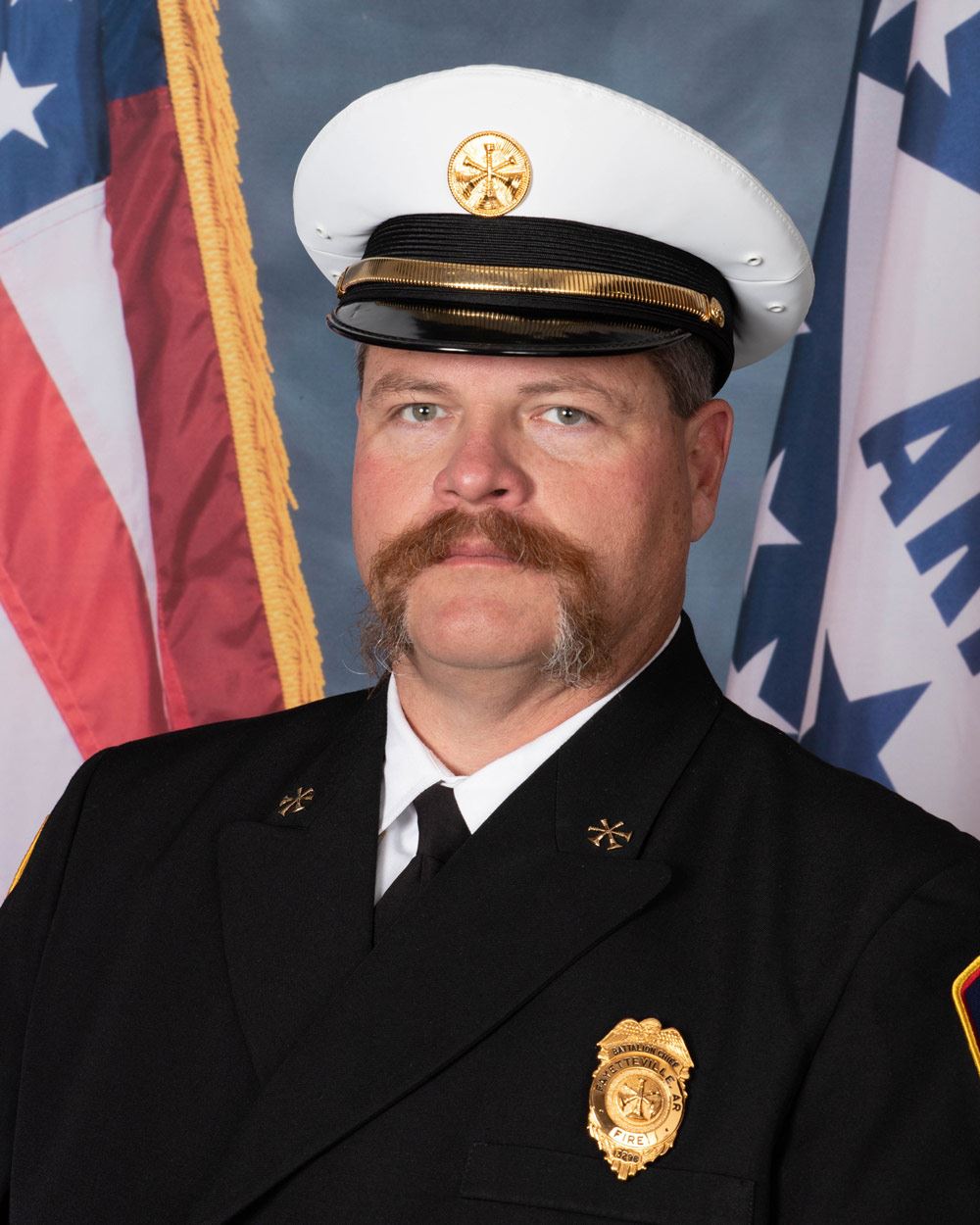 Planning and Accreditation Battalion Chief Rusty Hulse was promoted to his position in November 2020.

In this new role, Chief Hulse spends his day working to guide the Fire Department toward Accreditation through analysis, planning, and documentation based on professional standards set forth by the Center for Public Safety Excellence and the Commission on Fire Accreditation International.

Prior to this, he served as Captain on Engine 2 B-Shift. Chief Hulse has been with the Fayetteville Fire Department since 2009. Hulse got his start in the fire service as a second-generation firefighter for the Wheeler Volunteer Fire Department in 1996 where he worked his way through all ranks up to Assistant Chief. Other fire and emergency service work includes serving as Fire Chief for the Tontitown Area Fire Department for several years as well as working as an EMT for Central EMS.

Chief Hulse has been an avid member of IAFF Local 2866 since 2010 where has served as Job Steward for B-Shift as well as Vice President.

Chief Hulse has served on multiple committees for our Labor Management Team. Most recently as Co-Chair our Fire Station Design Committee.