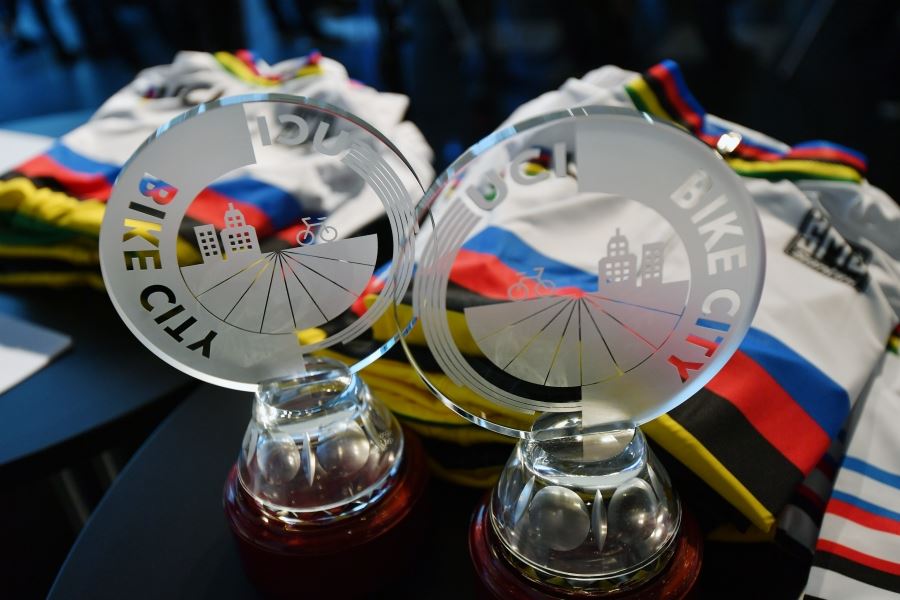 On February 4, 2021, Fayetteville was awarded the designation of Bike City by the Union Cycliste Internationale (UCI), the world governing body of cycling.

The first city in the United States to be given a Bike City label by UCI, Fayetteville joins cities and regions around the world, such as Copenhagen and Paris, that have previously received the designation due to their commitment of developing cycling at all levels, from elite competition to the use of bikes for leisure and as a means of transportation.

The UCI Bike City label supports cities and regions that not only host major UCI cycling events but also invest in developing cycling through programs and infrastructure. The City of Fayetteville’s bicycle master plan, along with professional events like the Joe Martin Stage Race, FayetteCross and the future 2022 UCI Cyclocross World Championships, helped the city receive its designation. 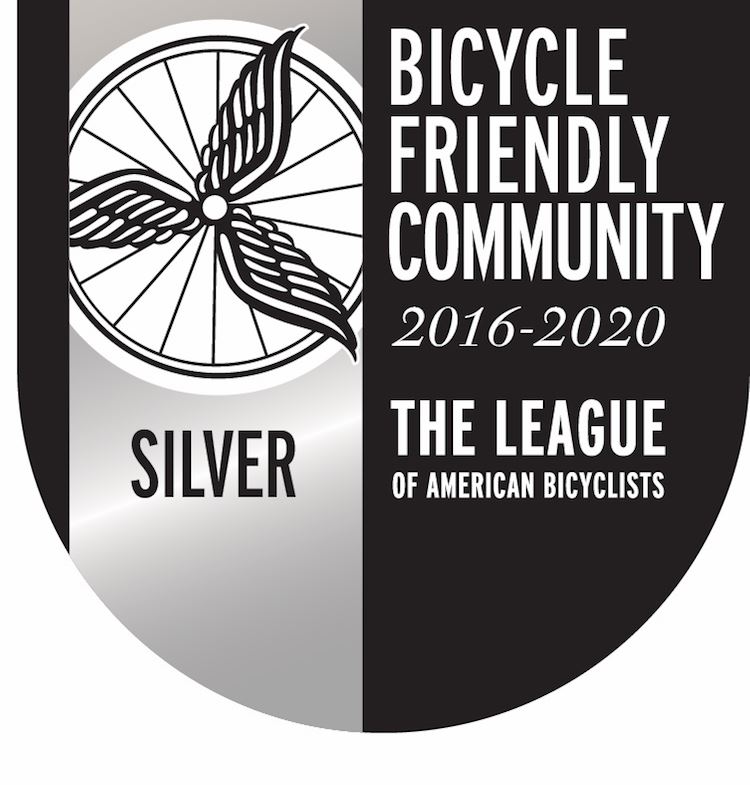 The Bicycle Friendly Community designation from the League of American Bicyclists is awarded to communities based on assessments across five key categories Equity, Engineering, Education, Encouragement and Evaluation & Planning.

Fayetteville is one of eight communities in Arkansas to be awarded and the only city in the state to achieve a silver designation. 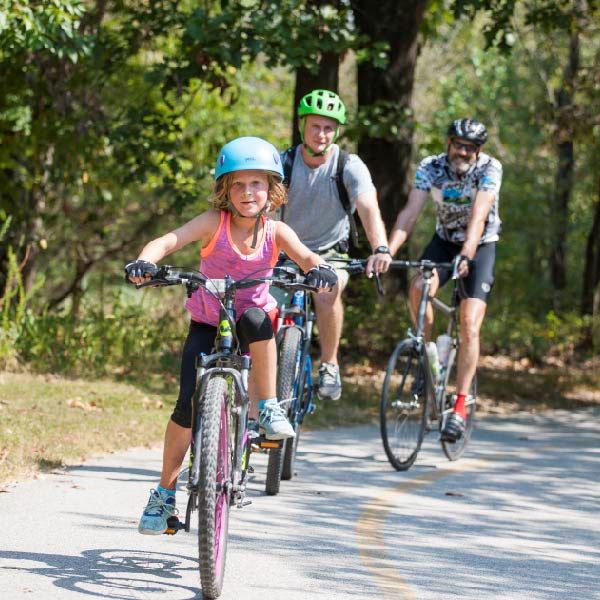 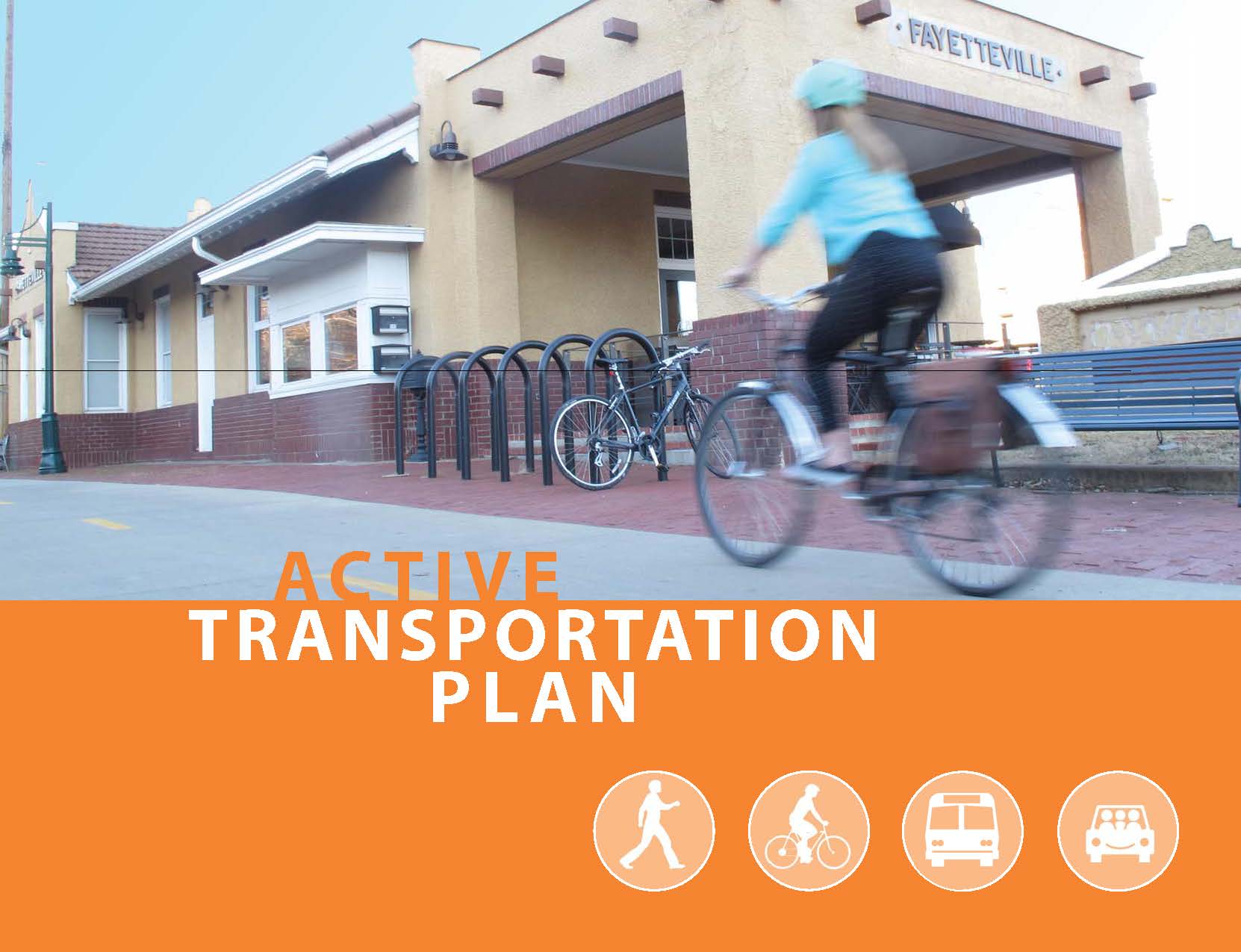 Fayetteville's  Active Transportation Plan establishes our vision to create an inclusive, multi-modal transportation system that would feature a trail connection within 1/2 mile of every citizen.

The Five "Es" of a Bike-Friendly City

In developing our Active Transportation Plan, Fayetteville is guided by the "Five Es" of the League of American Bicyclists:

The most visible evidence of a great place for bicycling is infrastructure; the physical environment is a key determinant in whether people will get on a bike and ride. The City of Fayetteville has built an extensive network of cycling infrastructure including shared-use paved trails, bike lanes, bike parking racks, and natural surface trails.

For more information about the development of trails in Fayetteville, please see Trail Construction Program.

The City of Fayetteville recognizes the importance of educating cyclist and non-cyclists in order to promote safer cycling in our community. Fayetteville Public Schools include bicycle education at elementary, middle school, and high school levels.  Riders of all ages are encouraged to attend a safety course taught by local League of American Bicyclist Certified Instructor.

Evaluating data and information, including crash locations, theft statistics and levels of ridership help guide the City's planning process.  The City of Fayetteville uses US Census data as well as a variety of other sources to track ridership. This data is used to make decisions regarding long range planning for future programs and infrastructure.

The City purchased a trail counter in 2018 and began tracking pedestrian and bicyclist use in the summer of 2018. Counts are taken along the Scull Creek Trail section of the Razorback Greenway near North Street. Trail count reports link. 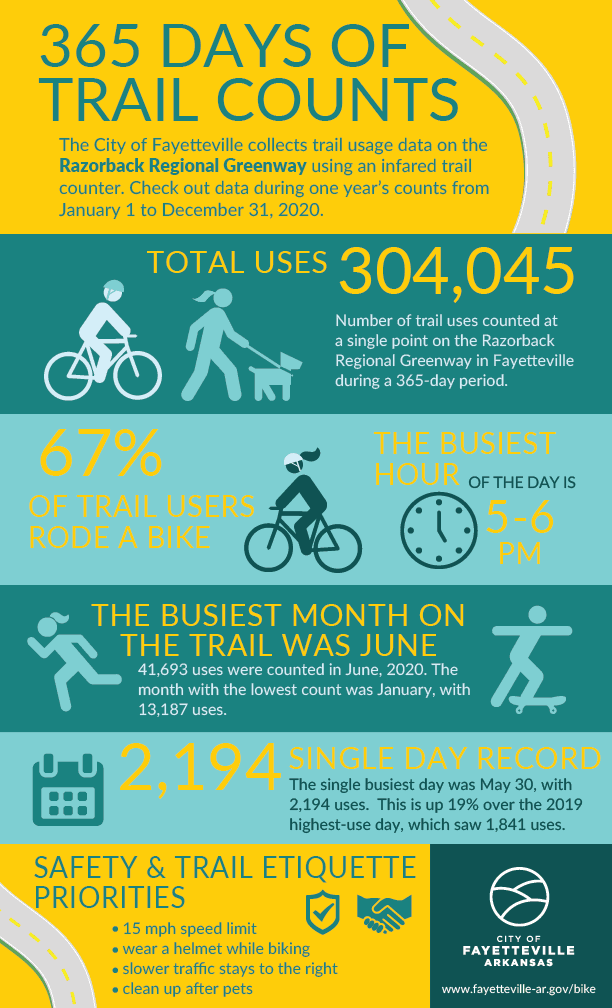 Bicycles are considered vehicles, as such cyclists have the same rights and responsibilities as motorists while on the road. It is important to understand the rules of the road and to follow City of Fayetteville Codes regarding bicycling. When using a shared-use trial it is essential that people riding bikes obey the trail rules. The city of Fayetteville strives to protect the safety legal rights of all road users. Signs with the words "share the road" and emphasizing the 3-feet law have been installed along the City's many on-street bike  routes.

Do the trails have lighting?

Over 20 miles of the shared-use paved trails have energy efficient LED lighting installed, including all of the Razorback Greenway in Fayetteville.

These lights are operated on an astronomical timer so they come on automatically according to the astronomical time that it gets dark and then they turn off in the morning once the sun comes up.

Are electric powered bicycles and scooters allowed on the trails?

Keep in mind that the 15 MPH speed limit applies to all forms of mobility devices.

All gas powered motorized vehicles and golf carts are explicitly are strictly prohibited.

How many miles of trails are in Fayetteville?

107.5 Miles of Trails in Fayetteville

What is the speed limit on the paved trails?

How many miles of new paved trails are constructed each year?

In addition the Bond vote in 2019 will result in many more miles being built by contractors. 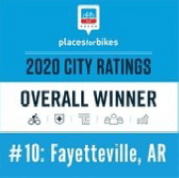