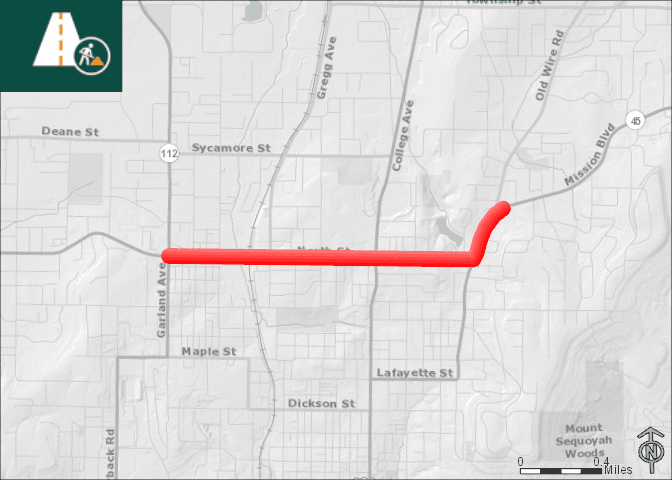 Click here to view a pdf of the corridor design plans.

What is this Project?

This project will bring much needed sidewalks and street improvements to one of Fayetteville's most important east-west corridors. Improvements to this corridor are varied, depending on the segment but include sidewalks, shared-use paved trails, trees, lighting and intersection improvements.

Why is It Important?

This corridor is an important east-west route for commuter traffic, that runs through existing neighborhoods; a mix of congestion relief and capacity improvements, and pedestrian and bicycle facilities will address issues for all users.

What is the Current Status?

Design proposals have been completed and the public is being asked to weigh in with their opinion on the proposed improvements.

When Will it be Completed?

How is it Funded?

Funding for the project comes from the Bond issue that voters approved in April 2019.