The 2019 Bond, which was approved by voters in April, included up to $6.8 million for trail improvements.

Phase One of trail improvements totaling an estimated $2,423,974 includes the following:

A bicycle and pedestrian connection between the large residential areas north of Wedington Drive (Highway 16) and the Meadow Valley Trail with a new bridge over Hamestring Creek.

The project consists of a shared-use paved trail along the south side of Mission Blvd. in front of Root Elementary School and on across Old Wire and North Streets into the Historic District to Maple Street.  As part of this trail project, a roundabout is proposed at the intersection of North and Mission.

The section of the Razorback Greenway from Prairie to Meadow will be rebuilt as part of the Cultural Arts Corridor Project. 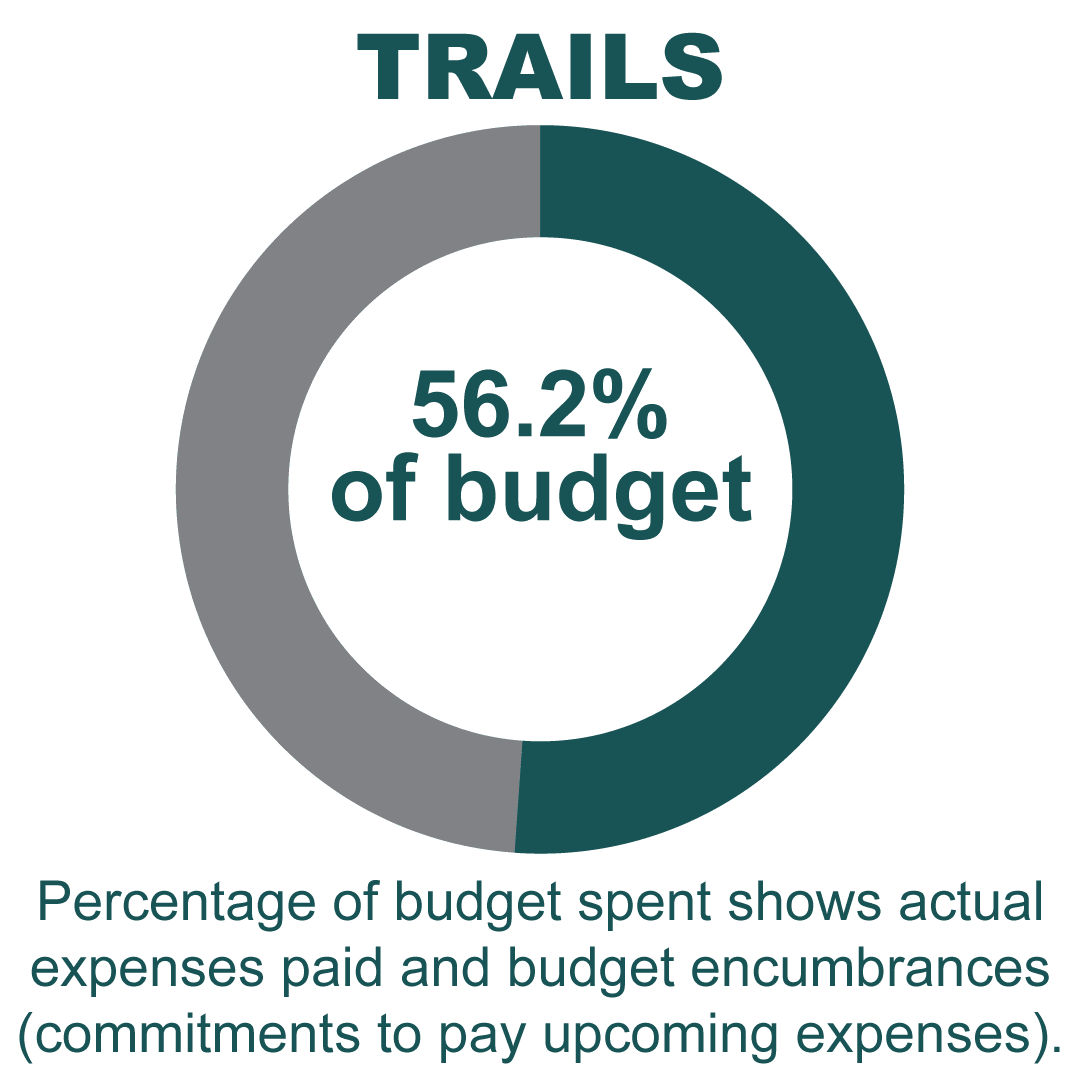 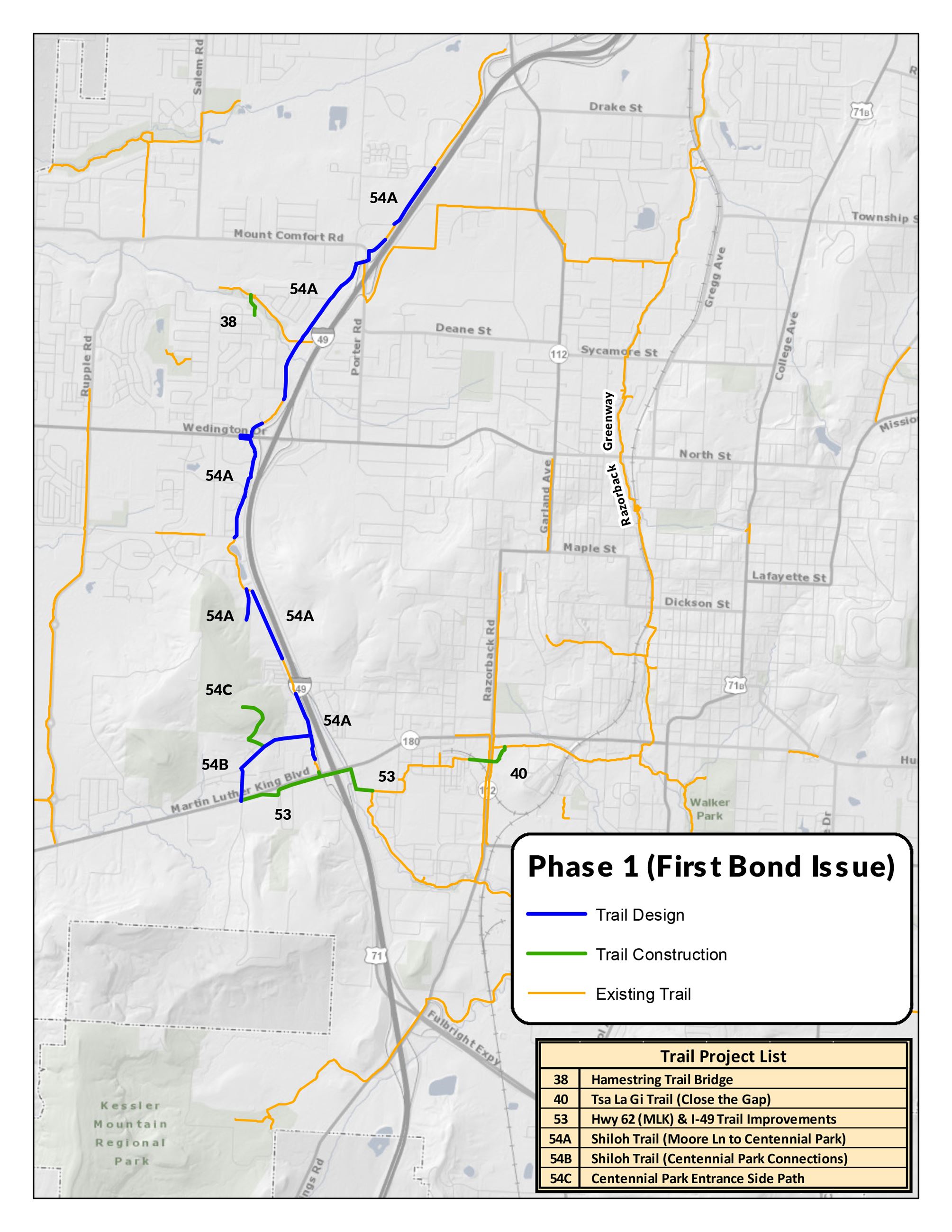