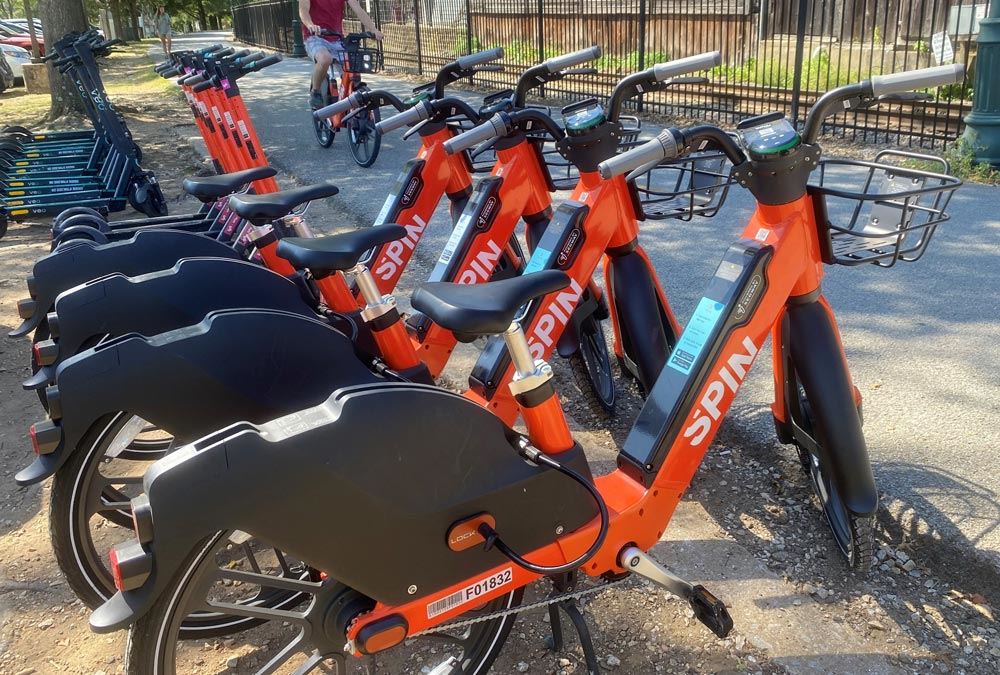 Spin and Veo e-scooters are both available and fully operational in Fayetteville. E-bikes are also available to rent from Spin.

E-bikes may be ridden anywhere that conventional bikes are ridden and must follow the same rules of operation and use.

Rules for scooters are similar to those for bicycles. Scooters may operate in most places bicycles are allowed such as bike lanes, paved trails and in streets. Additionally, scooters may be ridden sidewalks except where the building face is adjacent to the sidewalk and riders must yield to pedestrians on sidewalks.

The quickest way to report a problem is via the companies' apps. The apps for SPIN and VeoRide can be downloaded onto a smartphone from the app store. Both have the ability to Report an Issue (found under "Help" in the VeoRide app). For assistance, contact customer support:

Problems may also be reported directly to the City via the SeeClickFix platform. This can include parking problems, inoperable scooters, and reports of unsafe riding.

Riding on the University of Arkansas Campus

Visit the University of Arkansas' Alternative Transportation page for information on e-scooter rules and regulations on the UA campus.

E-scooters and e-bikes are programmed with maximum speed of 15 MPH and will automatically slow to 6 MPH in designated "slow zones." 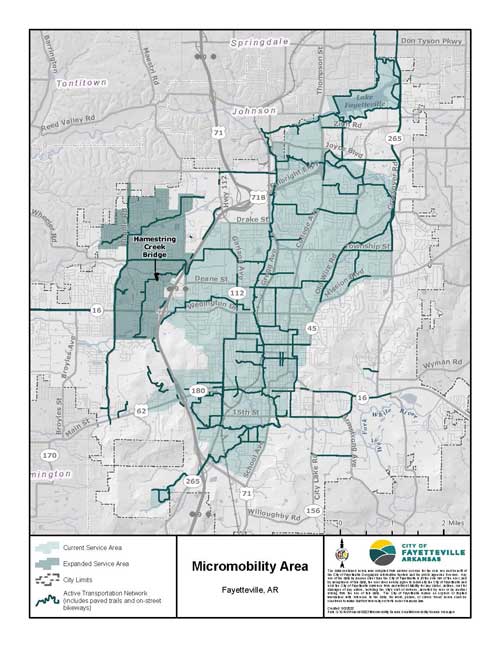 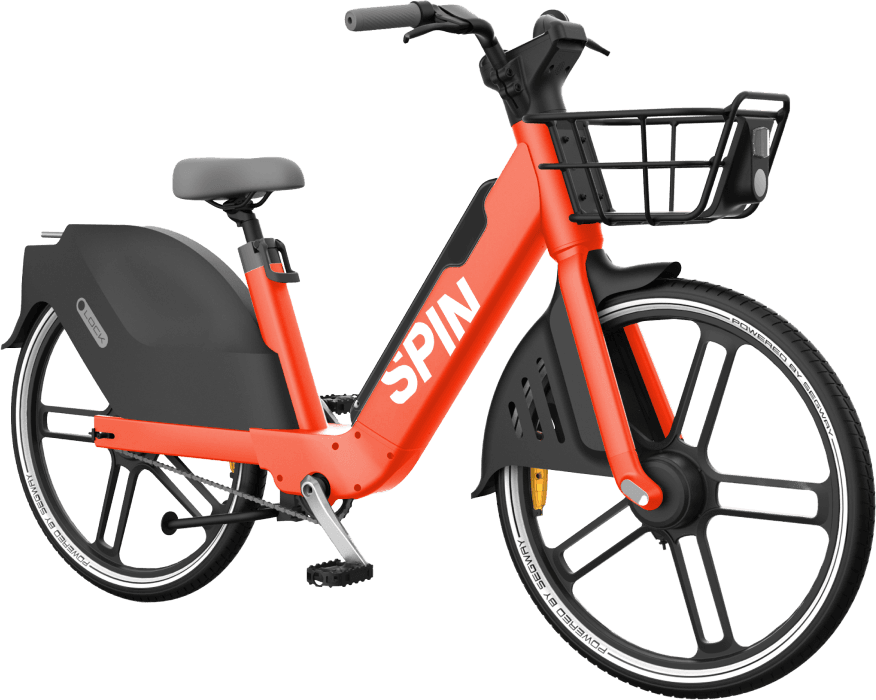 View the Spin S-300 Spec Sheet to learn more about the e-Bike currently available to rent in Fayetteville. 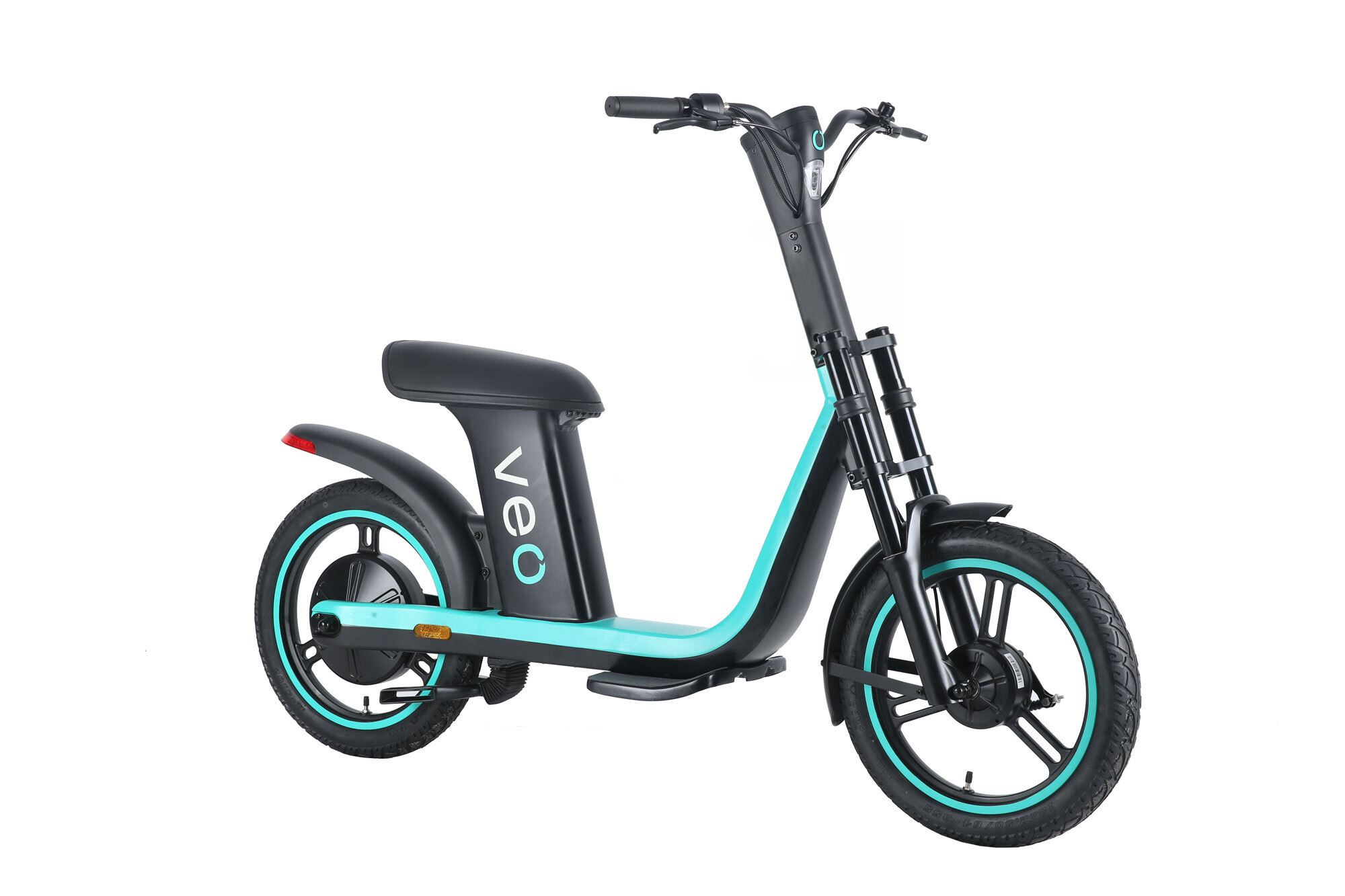 Read the Cosmo Pilot Program Proposal for Fayetteville and the U of A Campus.