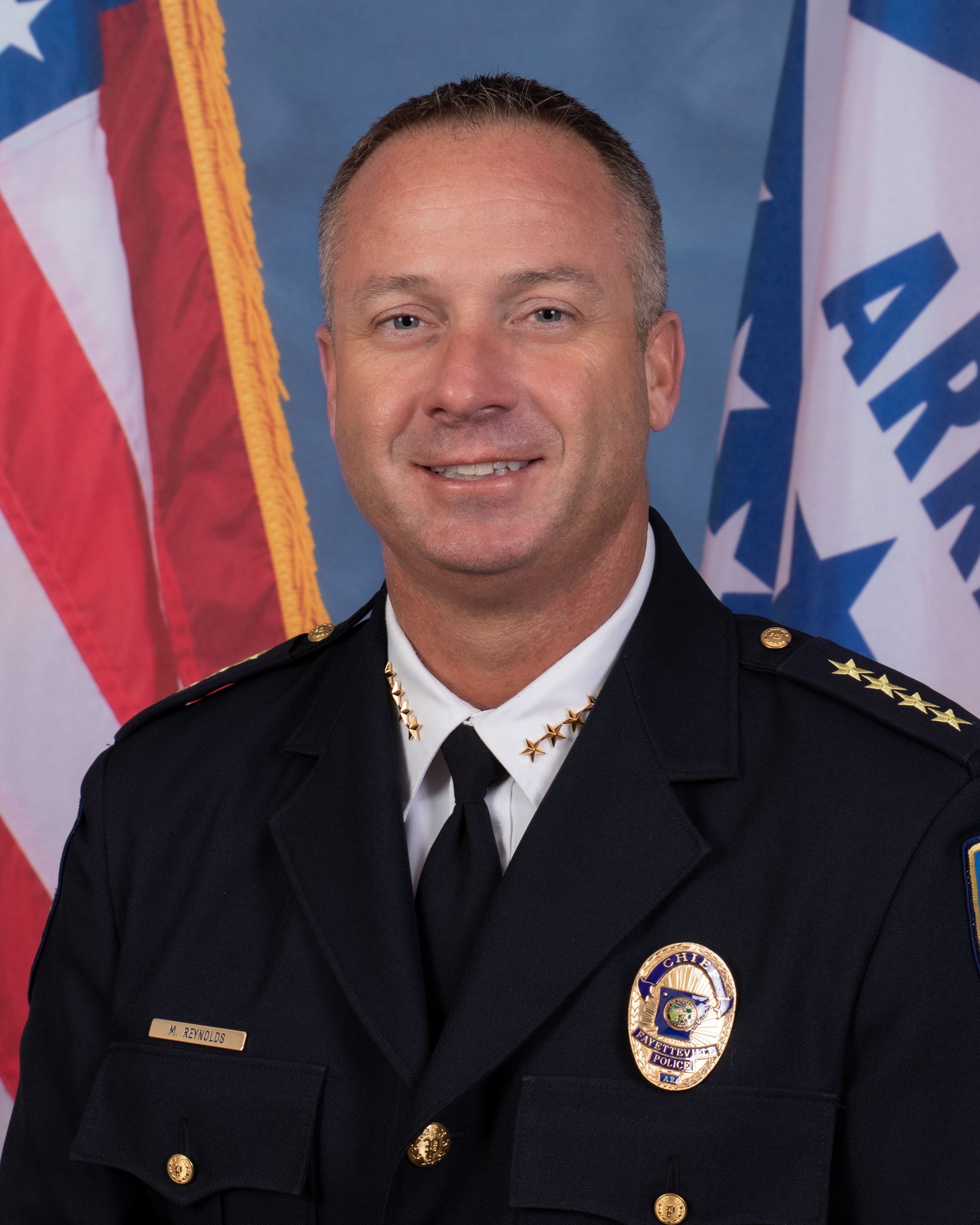 Mike Reynolds began his law enforcement career with the Fayetteville Police Department in July 1993.  He has served the police department in many capacities, including as a patrol officer, a field training officer, and a detective.  Promoted to his first supervisory rank of sergeant in March 2000, he has risen up the ranks by also serving as a lieutenant (Feb 2003.-Jan. 2007), a captain (Jan. 2007-Aug.2011), and the Deputy Chief of Police (Sept. 2011-Sept. 2019) before being appointed by Mayor Lioneld Jordan as the Chief of Police on September 23, 2019.

Chief Reynolds received his bachelor of arts degree in Criminal Justice from the University of Arkansas, and he has attended numerous schools and training seminars during his career, including the FBI National Academy, Senior Management Institute for Police, Drug Enforcement Administration’s Drug Unit Commander’s School, United States Secret Service Dignitary Protective School, the University of Arkansas’ Leadership in Diversity and Inclusion, and the Racial Equity Institute’s Leadership Training. Chief Reynolds has taught courses for the Criminal Justice Institute, Arkansas Law Enforcement Training Academy, Fayetteville Police Department, and Arkansas Association of Chiefs of Police on topics such as DWI Detection, Search and Seizure, Drug Enforcement, and Use of Force.

Chief Reynolds is a member of the International Association of Chiefs of Police and the Arkansas Association of Chiefs of Police, where he serves as the chairman of the Legislative Committee. Chief Reynolds is also the chairman of the Gulf Coast High-Intensity Drug Trafficking Areas Program for the State of Arkansas; he serves on the Criminal Justice Coordinating Board for the Northwest Arkansas Crisis Stabilization Board, and he was recently appointed by Governor Asa Hutchinson to serve on the University of Arkansas System’s Criminal Justice Institute Advisory Board.